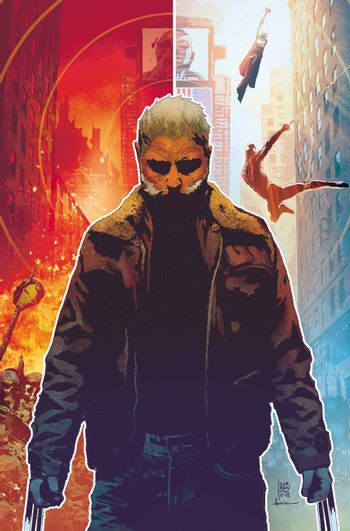 Some things have changed...

After finding himself in the mainstream Marvel Universe, and finding that his past has not come to fruition, Logan is left to his own devices. He appears in both Extraordinary X-Men and his own Old Man Logan ongoing, both written by Jeff Lemire. Old Man Logan featured art by Lemire's previous Green Arrow collaborator, and returning Old Man Logan artist Andrea Sorrentino.

After Lemire left the title, Ed Brisson replaced him as writer with a rotation of artists. It was later announced that the series would end, and Logan's adventures would continue and conclude in the Dead Man Logan series.