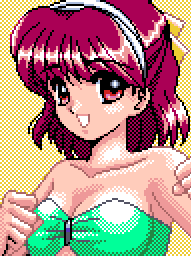 The newest member of Blade Uehara's Pacific Women's Pro Wrestling. A year after her debut, she's sent on her first overseas tour and meets Janis Crea, who becomes her best friend and rival. In time, Pacific goes out of business and Harumi must decide on her own path to greatness. Mentoring under another veteran wrestler, Harumi eventually reaches the top and becomes another main eventer.
Matsuri Atono 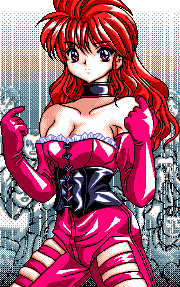 The second most senior member of Pacific's roster, who often acts in tandem with her juniors Harumi and Mami. Following Pacific's collapse, she goes and joins WOLF.
Mami Sawanobori 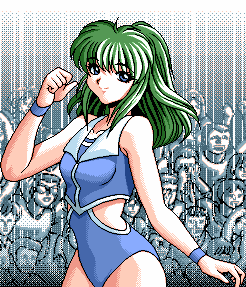 Harumi's contemporary at Pacific. After the group's collapse, she joins WOLF along with Matsuri. 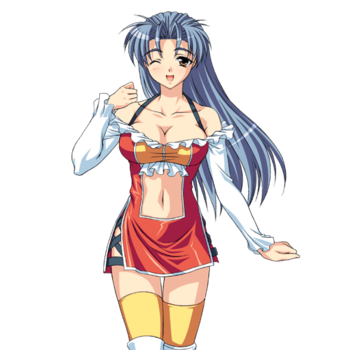 The Great Staff Officer
Thunder Ryuuko's best friend and tag team partner. As opposed to the hotheaded Ryuuko who rushes opponents head on, Suzumi carries matches in a more technical fashion before going in for the kill. Following the fall of World, Suzumi aided Ryuuko in re-organizing their former associates into WARS and continues to offer unyielding support to Ryuuko. 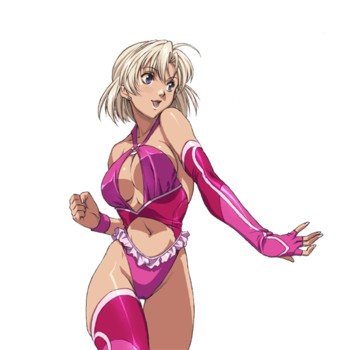 Rhythm Meister
Harumi's friend and rival whom she met on her first trip abroad. Appears constantly throughout Special's plot, right up to and including being the game's final boss. While her position as teammate or opponent is in constant flux, she is unwavering in support of her friend, whom she wants to have enjoy the thrill of being a wrestler as much as she herself does.
Super Pirate 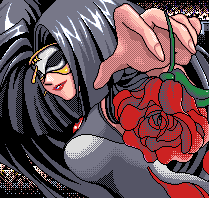 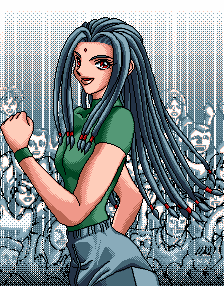 The World Women's Kickboxing Association middleweight champion, she was overly confident in her strength and ability until suffering defeat in a mixed match against karateka Akiko Saitou. Although Mary managed to win the rematch, she realized that the world is full of strong people and that she can't get a big head about things. Hearing that Akiko has switched over to wrestling, Mary herself decides to depart for a new squared circle.