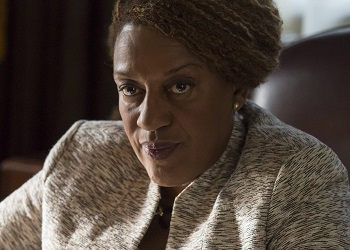 "Giving up the Sons of Anarchy is going to be a very popular get-out-of-jail free card."
Played By: C.C.H. Pounder
"Whatever decisions happen here today, the outcome lands on you. Are you willing to let your family pay the price for your mistakes?"

The San Joaquin County District Attorney from Stockton assigned to aggressively address the violence plaguing Charming, specifically from a school shooting resulting in the deaths of four children using a gun acquired from the Sons of Anarchy motorcycle club. To do so, she works with former U.S. Marshal Lee Toric to investigate the Sons. 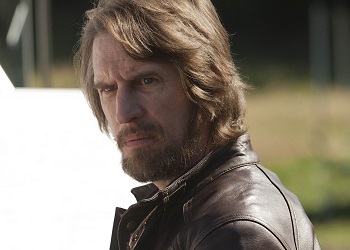 "I really don't like people very much."
Played By: Ray McKinnon
"Whoever or whatever you believe in: may it grant you safety and speed."

An Assistant U.S. Attorney operating out of Charming. He headed a joint agency task force targeting the Sons of Anarchy's arms trafficking business under the Racketeer Influenced and Corrupt Organizations Act.

An FBI Agent assigned to investigating the SAMCRO's arms trafficking business. He works closely with Assistant U.S. Attorney Lincoln Potter, often by his side during various points in the investigation. 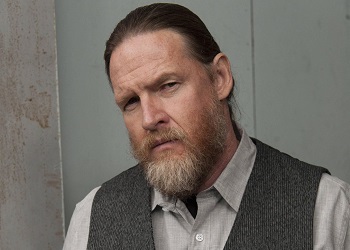 "These next few months will be the most excruciatingly painful time of your sick and miserable life."
Played By: Donal Logue

A former U.S. Marshall who was forced into retirement for a variety of reasons including excessive use of force and racial profiling. After his sister is killed by Otto Delaney, he makes it his mission to take down the Sons of Anarchy.

A corrupt prison guard loyal to the One-Niners.

A Detective in Oakland, under Damon Pope's employment.