Characters that appear in Janet King. 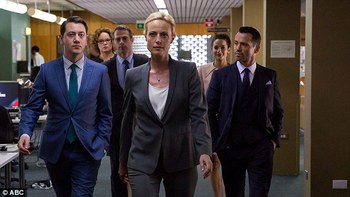 A former police chief and key figure at both the DPP and NCC. Eventually he becomes the head of the DPP.

The younger sister of an aspiring football player who died under suspicious circumstances.

A photographer with questionable subject material.

Head of both a construction company and an underground drug syndicate.

A barista who works outside the NCC.