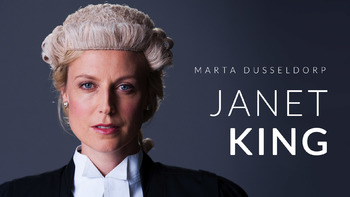 Janet King is the spinoff of Australian crime series Crownies. The series follows Janet, several characters from Crownies and a few new characters joining the National Crimes Commission. The series is noticeably darker this time around, with more focus on arc villains and enemies within the legal system. Rather than having a single series with lots of episodes like its predecessor, Janet King has eight episodes per series.