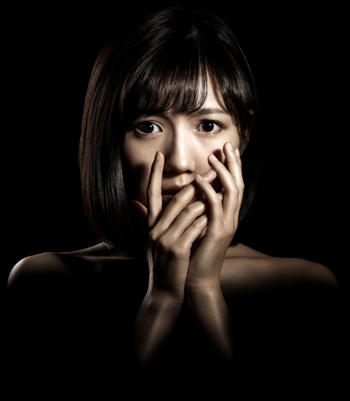 There is a remedy for everything except death
Advertisement:

Crow's Blood is a Japanese horror suspense drama television miniseries directed by Ryō Nishimura and Joseph White, and starring members of AKB48 Mayu Watanabe and Sakura Miyawaki which was created for Hulu Japan. The show was billed as a collaboration between East and West which brought together prominent names from both Japan and the U.S.

The story revolves around High School student Isozaki Kaoru (Watanabe) who becomes suspicious of new transfer student Togawa Maki (Miyawaki) after a series of strange events occur at her school. Kaoru teams up with Sawada Takeshi, the young editor of a magazine focusing on the supernatural, to uncover the truth about Maki as well as Maki’s father Dr. Seto Akihito.

The show was broadcast on Hulu in Japan from July 23 to August 27, 2016 with 6 episodes. The series was then broadcast in the U.S on El Rey Network, which aired all six episodes on October 28th 2017.