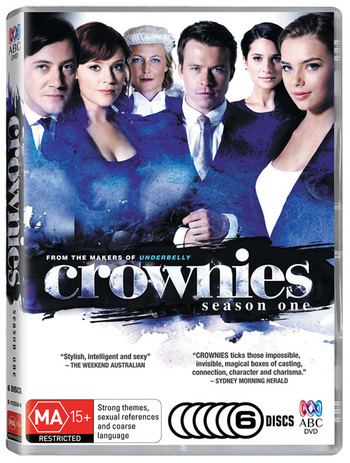 Crownies is an Australian television dramedy series that first screened on ABC1 in 2011. The series involves a group of solicitors fresh from law school, working with Crown Prosecutors, or 'Crownies', who are the public prosecutors in the legal system of Australia, working for the Office of the Department of Public Prosecution. The series is filmed in Sydney, New South Wales, but the story is set in a (fictional) unnamed state (although several Sydney suburbs are mentioned by name).

A spinoff series, Janet King, began in February 2014, with about 80% of the major characters returning.