These are the characters of Bloody Cutlass. These characters apply to the brand across multiple media. There are also certain characters (namely, Grosvenor, Artie Madryn, and the Scrap Rats) who also appeared in Space Pirate Captain MacTaggart. 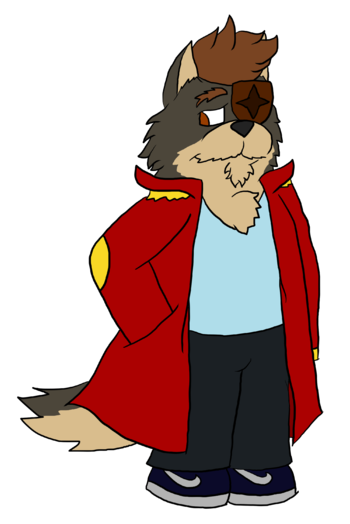 Darkblade is the captain on board the Bloody Cutlass. He is a German Shepherd who was originally introduced in parent series Space Pirate Captain MacTaggart. At the start of this series, he was put in prison by Jaws MacTaggart, only to break out and start anew, with a new crew and new adventures.Tropes: 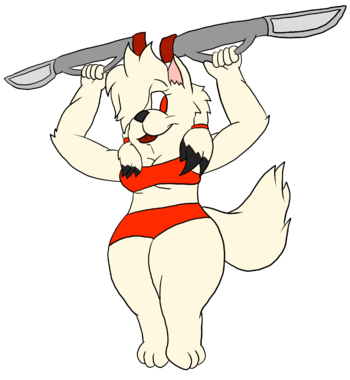 Natalie Coal is another space pirate, and the love interest of Darkblade. She was formerly the captain of the Flare of the Phoenix, before joining the Cutlass crew. She crashes into Darkblade's life after so long.Tropes:

Clyde O'Shaughnessy is the First Mate on the Cutlass. He is a sheep from Kilkenny V in the Mogan Cluster.Tropes: 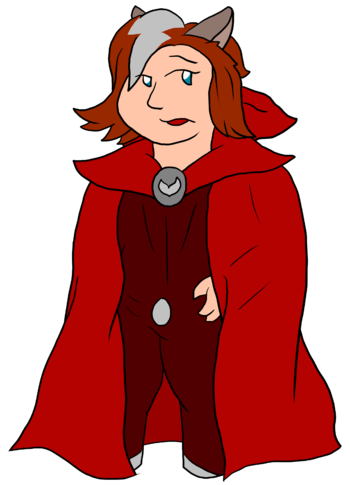 Rhiannon is the Second Mate. She's a mysterious hybrid who tends to mostly stay out of things. As the Cutlass' paranormal expert, she keeps some references handy. She is the only Half-Human Hybrid in the Cutlass crew.Tropes: 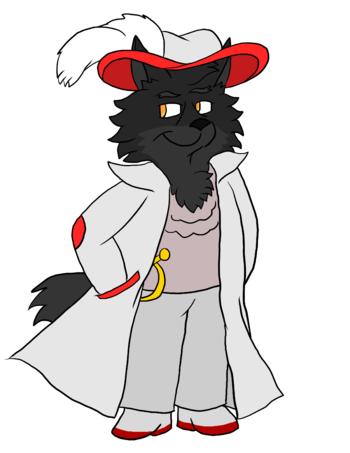 Grosvenor is a space pirate. A black fox who's the captain of the Moonlight Raven, and an arch-rival to Darkblade.Tropes associated with this character: 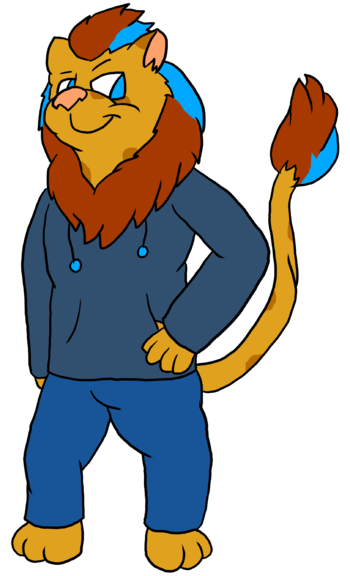 Jason is a lion-leopard hybrid who is the navigator on the ship. He also calls himself "the Qwikster", because...well, you know.Tropes associated with this character:
Former members

Alister "Al" Hawkins was the co-captain and second-in-command before leaving. A black cat who's more of a straight man.Tropes:

Maya is a Welsh dog who is the Engineer and Technical Advisor on the Cutlass.Tropes:

Vellopea Baron is a Dutch vanilla rabbit who runs the Communications sector of the Cutlass.Tropes:
Adversaries

Grey is the most notorious pirate in the cosmos (that is, until being "dethroned" by MacTaggart). Once he has resurfaced, he will not stop until he has torn apart the Federation from the inside.Tropes associated with this character: 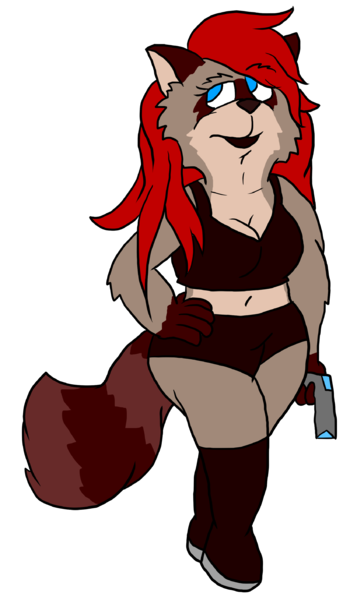 A French raccoon and notorious crime boss. She was the main antagonist in the second wave, The Fallen Angels. Born in Paris, she was part of the Stellar Exodus alongside her parents.Tropes associated with this character:

Primadonna (real name Katsumi Sato) is a mage who uses "dark magic" to get what she wants.Tropes associated with this character:
The Scrap Rats
The Scrap Rats are a group of salvage pirates who find wreckage that's of value. These three are from a certain sector of Scrap Rats, based on the moon of Tiree.

David is the leader of his sector of Scrap Rats.Tropes: