This page is still under construction

The main heroine of the story, Soko recently moved into the area and suffers from dizzyness and fainting spells, likely from the stress and worry of moving. She quickly finds that her normal school life is turned upside-down when her would-be rapist disappears into thin air and someone took his place.

Soko is the Soryu from the family of the East and destined to be the Queen of the Oni. She is the key to the resurrection of the Oni family, but Soko refuses to do so and repeatedly tries to run away from her duty. She ends up falling in love with Akira, the Byakko.

Her designated color is blue. 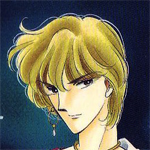 Akira transfers to Soko's school and takes the place of Kashii, the student who disappears into thin air. He intimidates Soko repeatedly, calling her Soryu and saying she will doom humanity if she is left to live. He can create holograms of himself and uses this to his advantage when possible.

Akira is the Byakko of the family of the West and president of the Saionji corporation. The duty of the Byakko is to kill Oni whenever they appear, as they pose a threat to humans, since they feast off of them. Akira ends up falling in love with Soko and helps her on her journey to find a way to remove her powers as Soryu.

His designated color is white.

First known as Takao Kiryu, Soko's college-age brother who died in the explosion that killed him and Soko's parents. However, Takao survived and reveals himself to be an Oni as well, the one who gave life to Soko and is dead-set on having her become Soryu once again and resurrect the Oni tribe.

Takao is the Genbu of the family of the North. Contrary to the Byakko, the Genbu's role has always been to protect the Oni tribe and especially Soryu. He is the one who keeps bringing Soko back, so she can fulfill her duty as Soryu and hates the Byakko.

His designated color is black.

Keito appears and is revealed to be Rago's little sister. As not being the first-born of the family of the East means she cannot inherit the power of Soryu as long as Soko is alive, she repeatedly tries to kill her. She disliked Soko's hesistant nature and would much rather become Soryu herself, so the resurrection of the Oni tribe would proceed much faster.

Keito is eventually appointed as the new Suzaku of the family of the South and her name is changed to Hiko. The penultimate chapter reveals that Keito is actually not Rago's little sister, but her daughter. This means that she can obtain the power of Soryu easily and does so, effectively becoming the second Soryu in the story.

Her designated color was originally blue but was changed to red when she was appointed as the Suzaku. 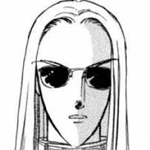 Akira's blind uncle, who actually has more power than one thinks. Since Akira is still underage, he serves as one of his guides on how to properly run the Saionji company. Shinobu is the actual leader of the hunt for Soryu and won't let anything get in his way to fulfill that goal.

She originally wanted to have Akira dead, so she can become the new Byakko, but eventually gave up on that plan. 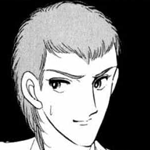 Soko's first fake family and the parents of the real Soko Kiryu, whom Soko devoured upon awakening.

They have been brainwashed into believing that Soko is their real daughter and never find out about the real fate that struck their daughter. Aside from small roles they play in the first two or three chapters, they fade into the background more and more, as the focus remains on Soko and her trying to find out about her actual identity.

Shortly after the begin of the story, they are sent a package with a bomb in it and die in the resulting explosion.