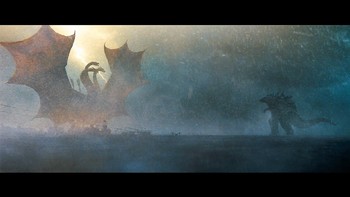 "A rival Alpha to Godzilla..."