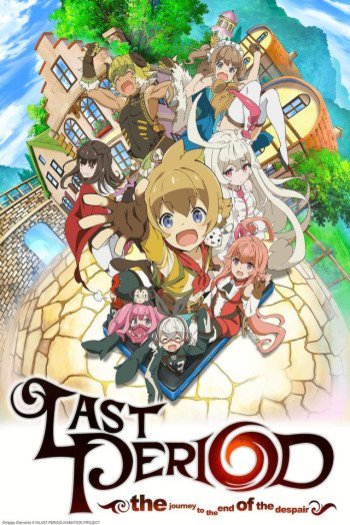 Last Period (full Japanese title: Last Period: Owarinaki Rasen no Monogatari) is an anime based on a mobile gacha game produced by the company Happy Elements. The anime aired in Spring 2018.

Set in a fantasy world which incorporates elements of mobile gacha games, the story follows the Arc End 8th Squad, a group of "Periods" — heros who fights monsters called Spirals. The group finds their existence perilized when their treasury is stolen; and to make matters worse, their attempts to find paying jobs are continually foiled by a rival group called Wiseman.

The series is available subtitled on Crunchyroll.