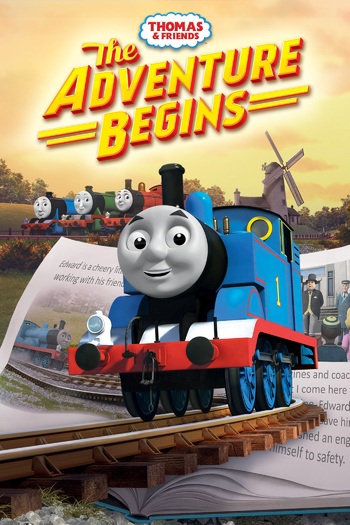 The Adventure Begins is a feature-length film and special of the Thomas & Friends series released in 2015. It is a re-telling of the first two books of The Railway Series - "The Three Railway Engines" and "Thomas the Tank Engine" which were adapted in the first season of the television series in 1984, only added with new characters and a different narrative. It also commemorates the 70th anniversary of The Railway Series.

"The Adventure Begins" contains examples of: