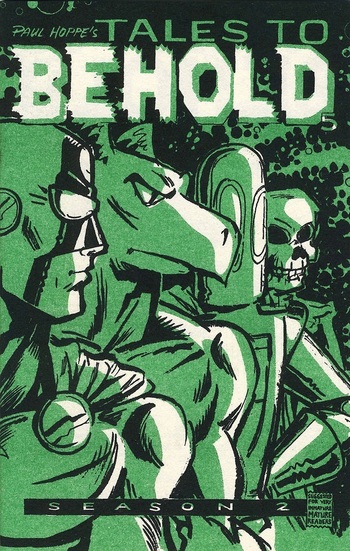 Tales to Behold is a webcomic by Paul Hoppe (AKA Beholder), chronicling the adventures of Captain Evening and the Odds as they battle various supervillains. The official series can be read here

. There are also stories published on Beholder's page at DeviantArt.

There is also a sister series, Section P, and Captain Evening plays a prominent role in Strange Tales of the DA Multiverse.