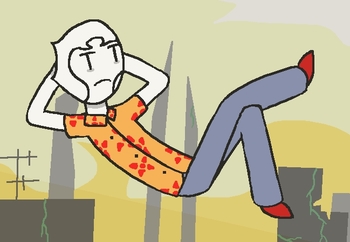 "Thing ruined by immortality #45 - skydiving. Zero adrenaline. You might as well just be in your bed."

is a suggestion-based webcomic that follows the misadventures of an immortal man as he explores the various time periods he finds himself in.

Written by Tailor TF, The comic began in July 2017 and is currently ongoing.