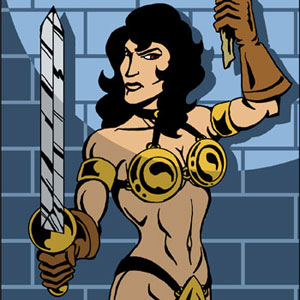 is a fantasy/sci-fi comic created by J. Kevin Carrier. It began as a series of self-published minicomics in 1991, and began appearing as a webcomic in 2007. Glorianna is a sword-wielding mercenary, wandering a post-apocalyptic world seeking fortune and adventure.