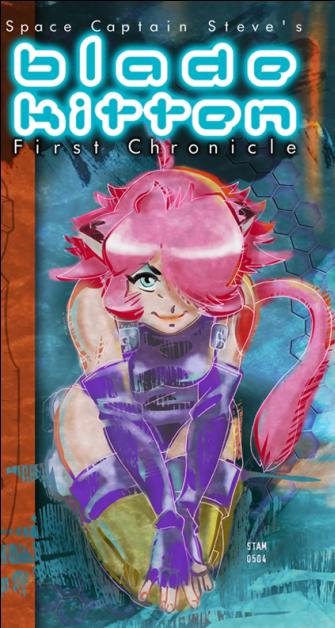 Her tale is one of liberation. Her tail is pink.
Advertisement:

is a webcomic by "Space Captain" Steve Stamatiadis and a 2D sidescrolling platformer developed by Krome Studios, whom Stamatiadis is co-founder and Creative Director of. It follows the adventures of a Cat Girl Bounty Hunter named Kit Ballard.

The game starts off with Kit taking a bounty on Hollow Wish only to have her breaker key (needed for her bounty work) stolen and her ship blown up.

Not to be confused with Blade Bunny, or with fellow Cat Girl Maeve from Paladins (who also has pink hair, and looks uncannily similar to Kit).