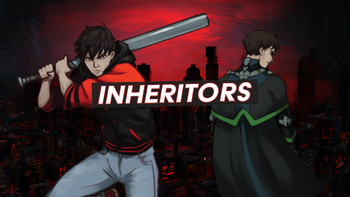 Follow Gabe as he struggles to survive a world where emotions grant fantastic powers and create cosmic horrors. When he stumbles on a senseless massacre, he sets out to clear his name and help the one survivor - the young Mateo - in finding justice.

This is actually the reboot of an earlier series also written by Everett. It premiered on September 28, 2020 and can be viewed here