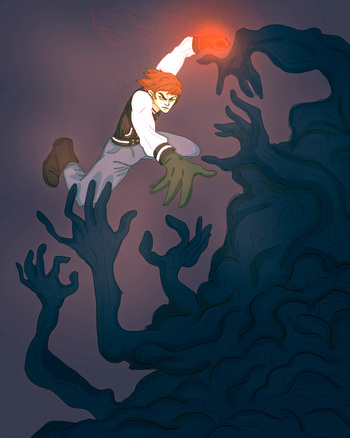 is a Web Serial Novel by Ian Everett.

Follow Gabe, a clone of the greatest hero ever, as he struggles to survive a world where emotions grant fantastic powers and create cosmic horrors. When he stumbles on a senseless massacre, he sets out to clear his name and help the one survivor - the young Mateo - in finding justice.

Inheritors began in February 2018, releasing twice weekly (on varying days) with occasional bonus episodes, but was cancelled in August 2019. The series was rebooted in September 2020. Audiobook episodes are posted on YouTube.