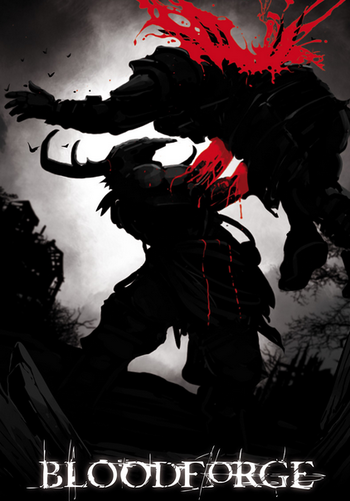 Bloodforge is a third-person view Hack and Slash action video game developed by the Climax Group and published by Microsoft Studios in 2012.
Advertisement:

Poor Crom. This barbarian warrior just wanted to settle down with his wife Alena. But the Celtic god Arawn has destroyed Crom's village, and turned Alena into a demon. Crom didn't even know the demon was his wife until he killed her. Now Crom wants Arawn to pay for this.