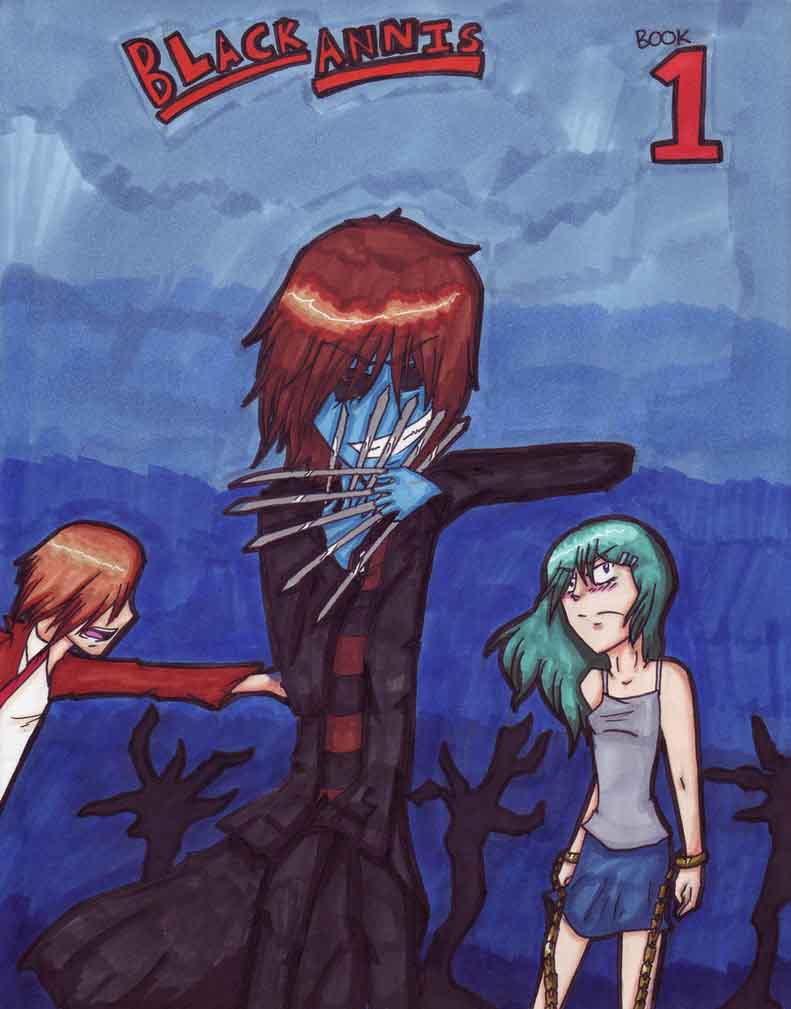 A Webcomic on deviantART created by the troper known here as Miyu Miyu 2, Black Annis is set in a post-apocalyptic world where zombies were organized by members of their kind that retained their sentience to destroy everything in sight. Unlike most situations like these, though quite a bit of damage was incurred, major population centers like London and New York were able to beat the zombies back and protect some of the rural areas. Though the threat of zombies has not disappeared, most people in large cities can easily pretend it has.

Our story centers in on Tokyo, or to be specific New Tokyo, since quite a bit of it was destroyed in the zombie apocalypse and only half of it has been properly rebuilt. Kimyou Monomezurashii, an orphaned high school student, is tracking down the legendary man known as Champ to avenge her brother's death by his hands. When she finds her man, things go awry and she finds herself enslaved to the very man she set out to kill.

Kimyou finds herself in a very distressing situation, since her new master is both one of the most powerful kinds of zombies out there AND a womanizing Attention Whore. The former fact leads them to clashing with Nefastus, an organization dedicated to keeping zombies down that just happens to employ Kimyou's best friend and crush Kuroi Kaede. Along the way, they pick up a French girl named Antoinette (who isn't as normal as she seems) and a dog with some rather remarkable abilities. However, there's another organization in the shadows pulling the strings of the zombies, and soon enough Nefastus and Champ's team will have to team up to fight them while Kimyou will have to fight her oncoming Necrophilia towards her new master.

The series hasn't progressed far enough for anyone to know whether it's bad or good, but it can be read here.