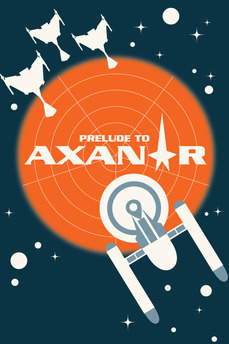 Set in the Star Trek universe, the short film is made as a documentary of the Four Years War fought between the United Federation of Planets and the Klingon Empire some time prior to Star Trek: The Original Series. The title refers to the Battle of Axanar, a pivotal battle in the war, which the short film builds up to. The historian John Gill (the guy who would later bring Nazism to the planet Ekos) interviews several characters on both sides of the war: Kharn (Klingon Supreme Warlord), Admiral Marcus Ramirez (Starfleet Commander-in-Chief), Admiral Samuel Travis (USS Hercules), Captain Sonya Alexander (USS Ajax), Captain Kelvar Garth (AKA Garth of Izar, USS Ares), and Soval (Vulcan ambassador).The short film brings back such notable Star Trek alumni as Gary Graham (reprising his role of Soval from Star Trek: Enterprise), Tony Todd (originally played Worf's brother Kurn in Star Trek: The Next Generation and Kurn and Old Jake Sisko in Star Trek: Deep Space Nine; now cast as Admiral Ramirez), and J. G. Hertzler (originally played General/Chancellor Martok in Deep Space Nine; now cast as Admiral Travis).

The interviews are overlaid with shots of speeches, starship construction, space battles, and diagrams, showcasing the Four Years War up to this point.

Prelude to Axanar was intended as a prequel to a full-length feature, Star Trek: Axanar, which raised about $638,000 on Kickstarter, partly thanks to George Takei publicly expressing interest in the film. Besides the above-mentioned returnees, the film is set to cast Garrett Wang (Harry Kim in Star Trek: Voyager) as a Klingon cruiser commander. However, statements in a December 2015 financial report to Peters' backers

that he had been paying himself and several others a five figure salary from the donations, and his plans to establish an unrelated movie studio, prompted CBS to file a lawsuit three days later for copyright and trademark infringement. Tony Todd also tweeted that he had left the project several months prior to that. Ultimately, in January 2017 it was announced that the suit was settled and production would continue, but in accordance with the new rules Paramount put in place for fan films during the lawsuit (seemingly as a response to Alec Peters' arguments that CBS hadn't provided sufficient guidance on what was acceptable), it would be reduced in length to two 15 minute parts no further public crowdfunding, and no Star Trek alum is allowed to participate outside of the original talent that worked in Prelude if they wish to return. The entire saga from beginning to end is chronicled at AxaMonitor.com

Prelude to Axanar provides examples of: