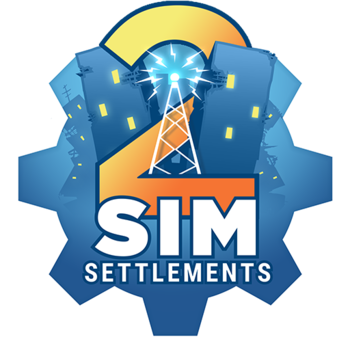 The Wasteland is alive and (not) well...
Advertisement:

Sims Settlements 2 (or SS2 in short) is a gameplay overhaul mod by Kinggath and his mod team, made for the video game Fallout 4. Released in 2020, Sim Settlements 2 is a sequel to the popular Fallout 4 mod Sim Settlements. This sequel is a technical overhaul of the original mod that introduces a new storyline through which the player learns the mod's mechanics.

Gameplay-wise, Sim Settlements 2 takes the vanilla game's settlement system and expands it into a city-building simulator. Instead of constructing buildings piece-by-piece, players can zone plots that spawn pre-made building plans that settlers can interact with. From there, the player can expand settlements through the sub-systems, including building upgrades, dynamic needs, resource management, scavenging and caravan networking, recruitment of special settlers through side quests, and more.