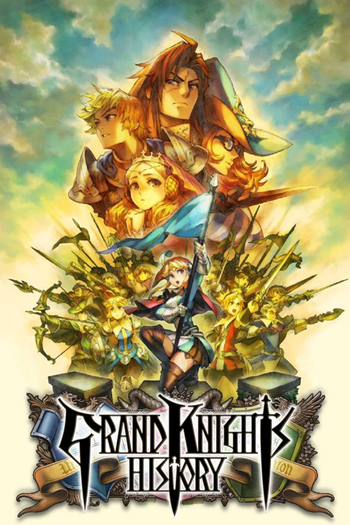 Grand Knights History is an RPG developed by Vanillaware for the PSP, released on September 2011 in Japan.

The game takes place in Rystia, which consists of three kingdoms, namely Logres, Union, and Avalon. The gameplay involves completing missions for whichever of these three kingdoms you choose to align yourself with.

The game received a Spiritual Successor in the form of Grand Kingdom in 2016. Although it wasn't developed by Vanillaware themselves, the development team was comprised of ex-Vanillaware employees, and Grand Kingdom retains many of the elements established in Grand Knights History.

This Video Game provides stunning visual and examples of: