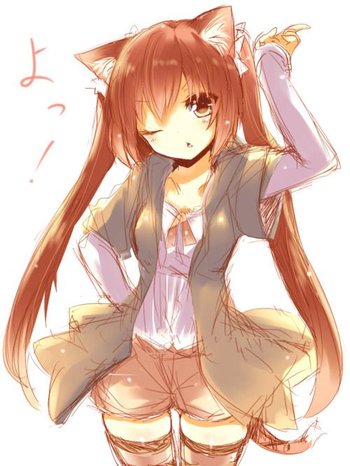 Originally released in the mid-90s under a different title, this troper gained more recognition with her Updated Re-release in 2012. Since then she's been given at least one Expansion Pack. In late 2014, The Anime of the Game was released via direct-to-video OVA. She was licensed in the end of 2015 and a 12-Episode Anime started production, but due to inconsistent funding, only five of the expected twelve episodes have been produced and since released as OVAs.

You can often find this troper editing, formatting, or expanding Anime, Manga, or other Japanese-origin work pages.

She generally pays close attention to favorite manga and anime and watches them.

If you want talk to her, send her a TvTropes message

, find her on the Dynasty-Scans.com's Discord server

, or send her a message on MyAnimeList.net

This troper contains examples of: