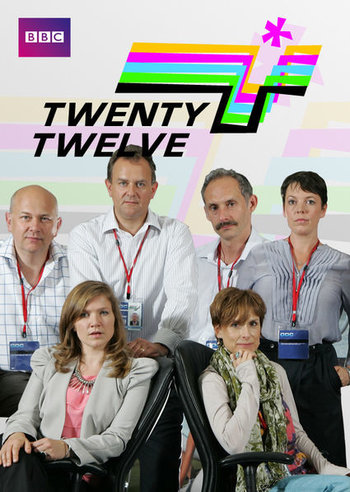 BBC Mockumentary sitcom about the fictional Olympic Deliverance Executive in the run-up to the 2012 London Olympic Games. Made by the people behind People Like Us and a Spiritual Successor to that show. Eventually received a follow-up, W1A.

Also alleged to be influenced to a greater or lesser degree by Australian show The Games though the BBC has denied any connection.

Not to be confused with the Roland Emmerich-directed apocalypse film (spelt ''Two Thousand Twelve'' as opposed to Twenty Twelve), which focusses around a very different set of disasters around an event scheduled for 2012. If you were looking for the 2012 doomsday prediction itself, see Mayan Doomsday.