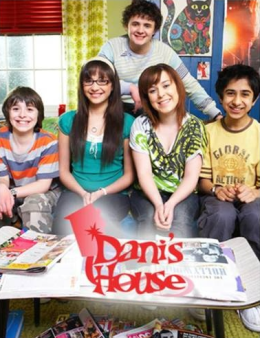 Dani's House is a children's sitcom produced by The BBC, which started on 26 September 2008. The show ended with 5 series.

The show follows Dani, based on the actor who plays her, and her various friends. Her brother is Max, who is enemies with his sister and wants to rule the world and/or become a millionare. Max's best friend is Ben, who is not very intelligent, but ends up making up most of the plans anyway. Jack replaced Toby in series 2, who's a DJ. Midway through series 4, Ruby (Dani's personal fitness trainer) and her younger sister Maisy are introduced, later replacing Sam and Max, respectively.

There are also two aliens who watch the show, called Coordinator Zang and Zark. They have interacted with the cast three times.