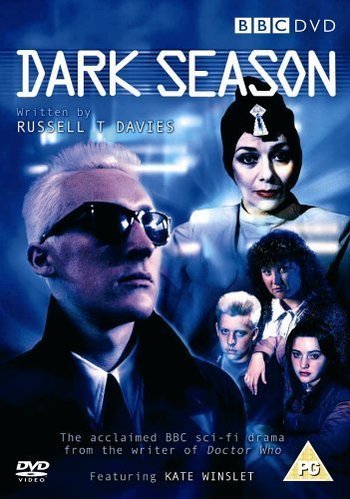 Normal is for the comatose. If I am to teach you two anything, where ever you are, whoever you are, there is always a strangeness in things. You just have to know where to look.

Dark Season was a children's Science Fiction Television Serial of just 6 episodes that broadcast on The BBC 14th November to 19th December 1991. It was written by Russell T Davies and had Victoria Lambert, Ben Chandler and a young Kate Winslet as the heroes Marcie, Thomas and Reet. Marcie is a very intelligent 12 year old girl who is the leader of a small group of friends.

The series had two stories each of three parts.

In the second story a team of archaeologists arrives at the school, but are rather secretive about their work.