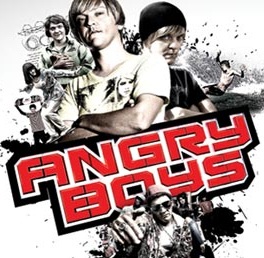 A co-production between The ABC and HBO, the same way HBO worked with the BBC on Extras. Like Lilley's previous shows, Angry Boys mixes Crosses the Line Twice, Refuge in Audacity comedy and surprisingly insightful satire of modern culture.

Not to be confused with Angry Birds.