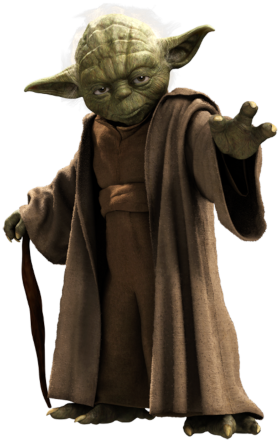 (For full effect, read in the voice of Frank Oz)

Yoda my name is. A Jedi Master I am, for my ally is the Force, and a powerful ally it is. For hundreds of years I have trained Jedi to master the Force. For knowledge and defense only, never for attack, as protectors and ambassadors of the Galactic Republic we are.

Some of my Jedi students fell to the Dark Side of the Force — quicker, easier, more seductive... Anger, fear, aggression... Easily these feelings flow, consume these students they did. Protect the galaxy from the return of the Sith I could not, blinded by their clever scheming I have been.

Encoded into at least one Holocron, a record of my training was, though destroyed the known example was.

May the Force be with these tropes: