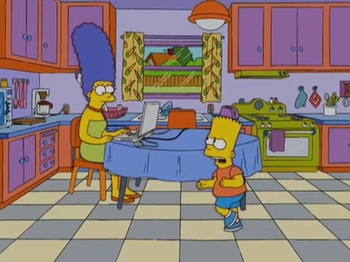 After being chastised for not having an email address, Marge gets into the Internet and gets involved in an online role-playing game, where she defeats the world's biggest enemy: her son, Bart. Meanwhile, Homer becomes a kids' soccer referee and rigs the games so Lisa can win.