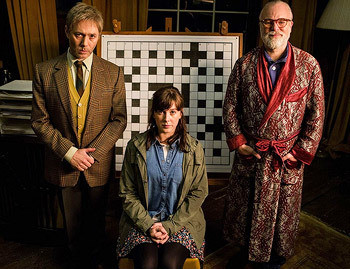 One night Professor Squires, who compiles crosswords under the name of Sphinx, is visited by Nina, with an initial request, to beat her boyfriend Simon at solving his next puzzle They bond as they solve clues together but Squires discovers that Nina has an ulterior motive - revenge following a contest which resulted in the death of a loved one. Squires brings in his friend Tyler, to explain matters, but he too is seeking revenge, regarding a past incident in all their lives.