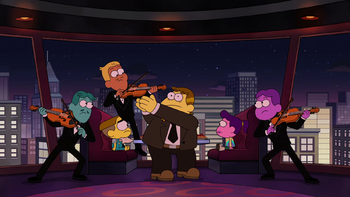 Cricket and Gabriella attend their first date together as a couple, but when Bill volunteers as their chaperone, it does not go as they expected. 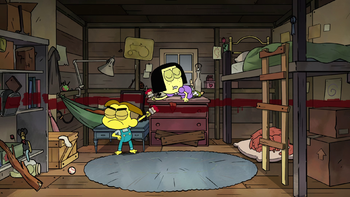 Can these two siblings learn to get along in a snug lil' room?
The Room

When Tilly closes up the secret passageway in the kids' bedroom, this results in a huge fight between herself and Cricket, being viewed as reality TV-like entertainment for Gloria and Gramma.

"The Room" contains examples of: