Music / Songs in the Key of Life 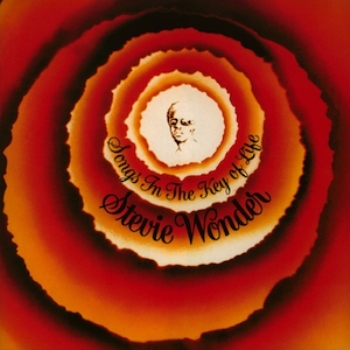 An album mankind will love "until the dolphin flies and parrots live at sea!"
Advertisement:

Songs in the Key of Life is a double album released in 1976 by Stevie Wonder. It was his 18th solo release and one of the best selling albums of his career. It debuted at #1 in the Billboard Pop Albums Chart where it spent another 12 weeks, and was awarded Album of the Year at the 1977 Grammy Awards. It spawned hits such as: "Sir Duke," "I Wish," "As," "Isn't She Lovely?", and "Pastime Paradise."

In 2005 it was inducted in the National Recording Registry for being culturally, historically, and aesthetically significant. It was also subject of an episode of the TV music documentary series Classic Albums.

Tropes in the Key of Life include: