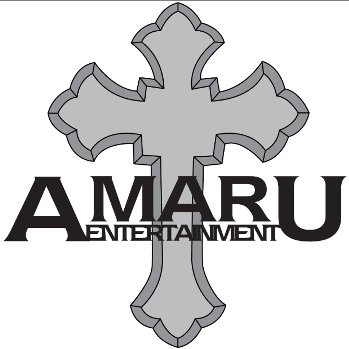 Amaru Entertainment, founded in 1997, is the record label that controls the releases and master tapes of the late Tupac Shakur, with distribution handled by Interscope Records.

Prior to his death, Tupac had frequently expressed a desire to start up his own record label, known as Makaveli Records, and planned to start it up as soon as his contract with Death Row Records was fulfilled. However, Suge Knight, thanks to personally messing with Shakur's royalty income from All Eyez On Me, not only prevented Pac from leaving Death Row, but also railroaded him into becoming the head of Death Row's planned East Coast branch. In the end, Knight's plan was rendered moot, due to Shakur's murder in late 1996.

In early 1997, Tupac's mother, Afeni, founded Amaru Entertainment to handle the vast amount of unreleased material her son created before his death. As part of Amaru's distribution deal with Interscope, the label inherited the rights of all of Tupac's unreleased master recordings, and the rights to his albums 2Pacalypse Now, Strictly 4 My N.I.G.G.A.Z..., T.H.U.G. Life, Vol. 1, and Me Against the World. Death Row, however, managed to keep a tight grip on most of the songs Tupac recorded for them for the next 20 years, even after the label's eventual bankruptcy. As a result, Amaru does not have full control over All Eyez on Me, Don Killuminati: The 7 Day Theory and other various songs and compilations released by Death Row. This led to a lawsuit from Afeni Shakur for the rights to her son's Death Row masters, and the unpaid royalties that Suge Knight had kept from him. Eventually, a settlement was reached in 2018

, and new Tupac material is said to be on the way. Afeni, sadly, did not live to see the settlement, having passed away on May 2, 2016.

Because the label's main purpose is to release Tupac's music, no other artists have signed on with the label. However, with most of Tupac's master tapes being among the nearly 200,000 master tapes that went up in smoke at Universal Studios

, the future of Amaru Entertainment might be in question.