Music / News of the World (Queen)
aka: News Of The World 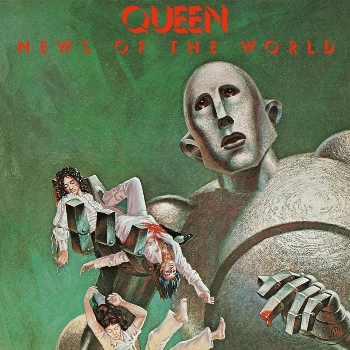 "God, why does he look sad?! He's already destroyed mankind; what else could he want?!"
Advertisement:

News of the World is the sixth studio album by Queen, released in 1977. It's best known for generating the hit songs "We Will Rock You," "We Are the Champions," and "Spread Your Wings." If you were looking for the muckraking British tabloid, information is at British Newspapers.

These tropes will rock you!:

Alternative Title(s): News Of The World