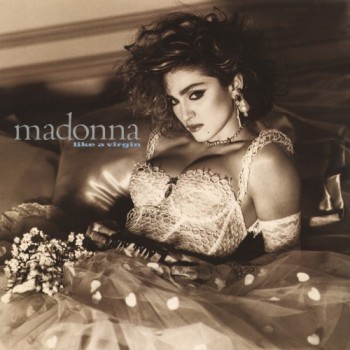 They can beg and they can plead
But they can't see the light (that's right)
'Cause the boy with the cold hard cash
Is always Mister Right
"Material Girl"
Advertisement:

Like a Virgin is the second studio album recorded by American pop musician Madonna. It was released through Sire Records on November 12, 1984.

The album was Madonna's breakthrough, putting her in the American consciousness with hits such as "Into The Groove" (which was added to the 1985 re-release of the album), "Material Girl", and her Signature Song title track.

I'm gonna dress you up in my tropes: