Literature / The Witch of Blackbird Pond 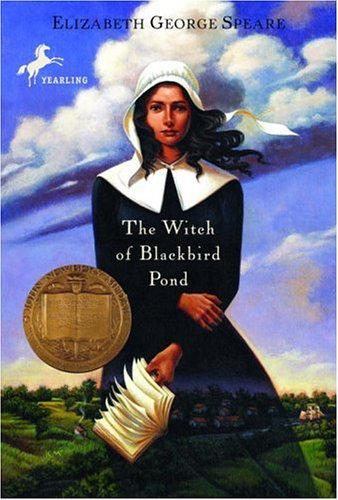 The Witch of Blackbird Pond is a 1958 historical novel by Elisabeth George Speare, set in the historic town of Wethersfield, Connecticut.
Advertisement:

Kit Tyler is thrown into the subdued, rough life of a Puritan. After her upbringing on a rich plantation on Barbados, obedience and religious piety are hard pills for her to swallow. She learns to bear her new life by befriending an outcast old widow, a neglected child, and the playful sailor whose ship ushered her to her new home. Kit slowly tries to fit in until accusations of witchcraft threaten to undo everything, and may cost her her life.