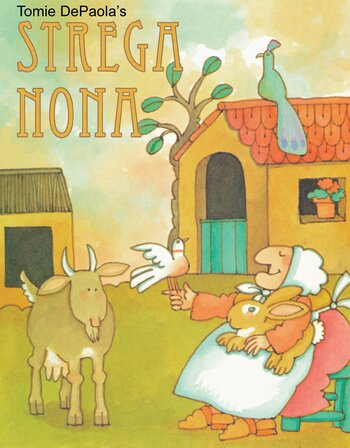 Strega Nona is a series of storybooks by Tomie dePaola.

In the southern Italian province of Calabria, a long time ago, there lives an old woman known to all as Strega Nona ("Grandma Witch"). She is a traditional healer and wise woman, who helps all the local people with their troubles. Helping her are the well-meaning (but impulsive and easily distracted) farm boy Big Anthony, and the earnest and outspoken Bambolona (the baker's daughter).

No matter what problems may arise, Strega Nona always pulls through, with her gentle wisdom, level head, and sharp wit.

Titles in the series: