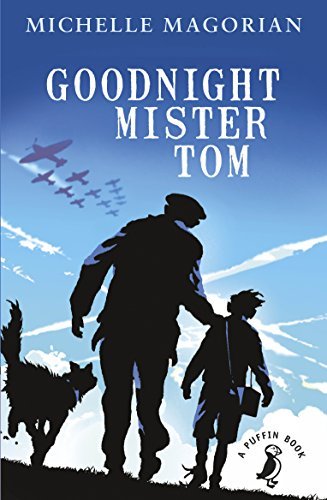 A book by Michelle Magorian, set in the village of Little Weirwold in Britain, during World War II.
Advertisement:

September 1939 saw over 1.5 million evacuees sent out of Britain's major cities, and into the countryside. Among them is William Beech, a shy and easily startled boy who ends up having to live with Mr Thomas Oakley, a sour and gruff man who has little time for anyone outside of his dog, Sammy.

As the book progresses, the abused and perpetually terrified William grows into a confident and well-rounded young man, while "Mister Tom", as William calls him, also begins to open up again, and becomes an active part of the local community. William and Tom become extremely close, to the point where William sees the old man as the father figure he never had, and Tom grows to love the boy as his son.