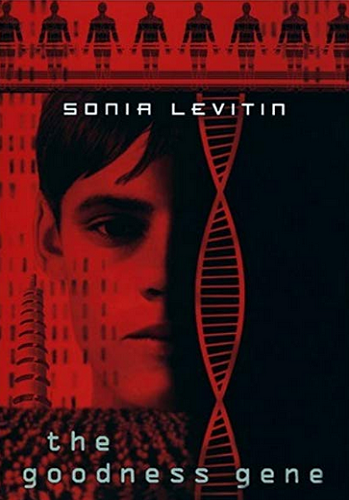 The Goodness Gene is a 2005 young-adult SF novel by Sonia Levitin.

Will, the son of the Compassionate Director of the Dominion of the Americas, Hayli, has always lived a simple life in the secure and sanitized Washolina district. But now that he is sixteen, he and his twin, Berk, are to join their father in ruling the Americas and that means that they must travel the world and analyze the colonies to come up with ideas to make the world a more 'ideal' place. One day, Will is hanging out with his friends, Alberz and Brodi, when he spots a young girl across the table from his named Leora, who has come from the Western district to attend a local academy. It is she who joins him on his trip to her colony, where he discovers horrifying truths about Hayli's reign... and himself.