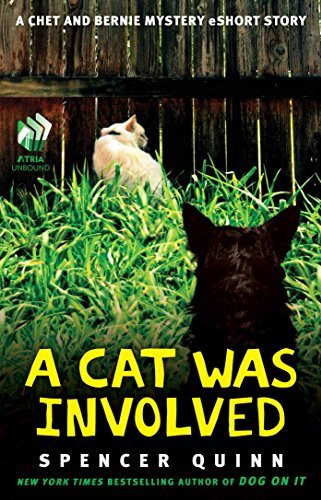 The Chet and Bernie mysteries are detective stories by Spencer Quinn (real name Peter Abrahams), narrated by the detective's dog. Bernie Little is a military veteran, an ex-cop, and currently a private detective in suburban Los Angeles. Chet is his 100-pound black-and-white mongrel, almost a graduate from police dog school (but not quite, due to an unfortunate accidental encounter with a cat at the final exams).

Titles in the series so far are:

Chet has his own Web site, Chet the Dog