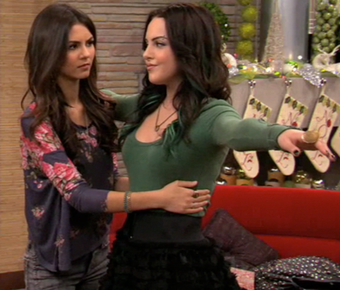 In the 23 years Dan Schneider worked for Nickelodeon, Victorious is considered the one show of his soaked in the most Ho Yay & Les Yay out of all of them, to the point where fans generally accept that all of the main characters have hooked up with each other at least once. Including the puppet.