"You will never get him hurt, even if you have to offend the world. You are willing to fight with the whole world. you will stand by his side. You’ll love after death."

The Untamed may not be adapting the romance between Lan Wangji and Wei Wuxian (at least not explicitly), but it's taking the subtext up to eleven. 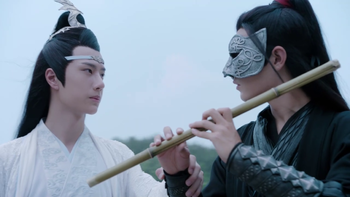