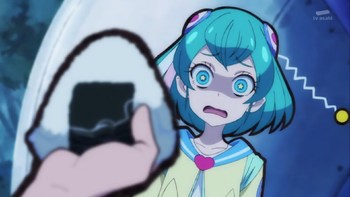 Admit it, you were laughing your ass off as soon as Lala made this face.

The Movie - Wish Upon a Song of Stars