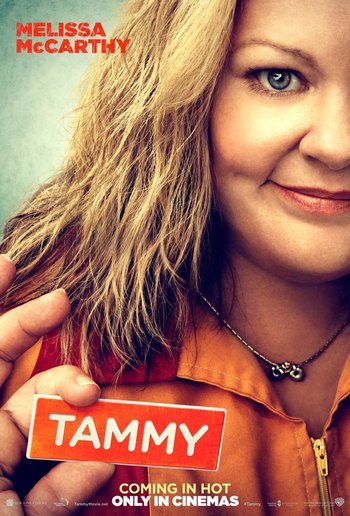 Tammy is a 2014 comedy film directed by Ben Falcone and starring Melissa McCarthy (who co-wrote the screenplay with him). Also in the cast are Susan Sarandon, Allison Janney, Gary Cole, Dan Aykroyd, Kathy Bates, Toni Collette, and Sandra Oh.

Tammy Banks (McCarthy) is having a bad day. She's totaled her clunker car, gotten dismissed from her thankless job at the Topper Jack's fast food restaurant and, instead of finding comfort at home, finds her husband getting comfortable with the neighbor in her own house. It's time to take her boom box and book it. The bad news is she's broke and without wheels. The worse news is her grandma, Pearl (Sarandon), is her only option—with a car, cash, and an itch to see Niagara Falls. Not exactly the escape Tammy had in mind. But on the road, with grandma riding shot gun, it may be just what Tammy needs.

Has nothing to do with the British comic book series from the 1970s.