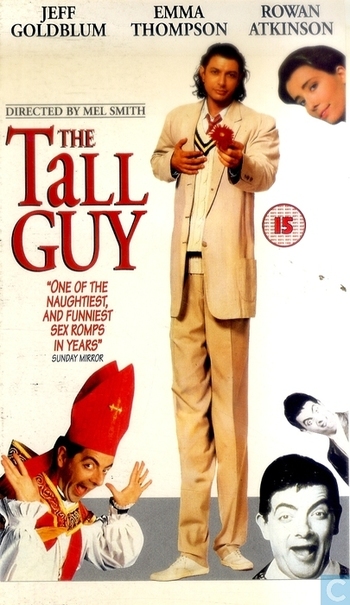 A 1989 British comedy film written by Richard Curtis (as his first screenplay), directed by Mel Smith, and starring Jeff Goldblum.

Dexter King (Goldblum) is a lovelorn American actor working in London. For the last six years he has played "The Tall Guy", a straight man to annoying, egotistical, and outright abusive stage comedian Ron Anderson (Rowan Atkinson). After commiserating with his nymphomaniac housemate (Geraldine James) and going to a doctor for his chronic allergies, he meets and falls in love with beautiful nurse Kate Lemon (Emma Thompson in her film debut), and is so elated that he improvises onstage to the point that Anderson fires him for it. He fails a few auditions before finally landing the title role in an elaborate West End musical adaptation of The Elephant Man. But his big break could end up costing him his relationship if he's not careful...