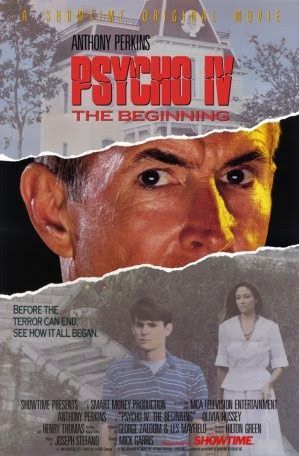 Psycho IV: The Beginning is the third and last sequel to Psycho, starring Anthony Perkins as Norman Bates and Olivia Hussey as Norma Bates. A Made-for-TV Movie, it originally aired on Showtime in 1990.

Norman has been rehabilitated and lives with his wife Connie. He panics when he learns that Connie is pregnant, fearing that the child will inherit his mental illness. The film explores his younger years and his problematic relationship with his mother.