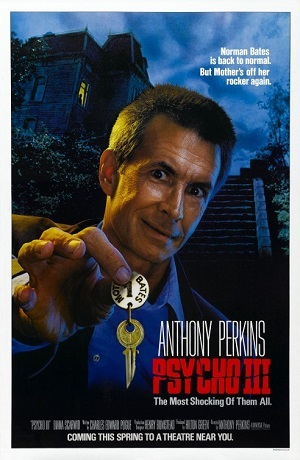 Psycho III (1986) is the second sequel to Psycho, starring Anthony Perkins as Norman Bates. He also directed the film.

Norman is involved with Maureen Coyle, a mentally unstable former nun. Her suicidal tendencies confuse him... just as "Mother" starts up her old habits again.