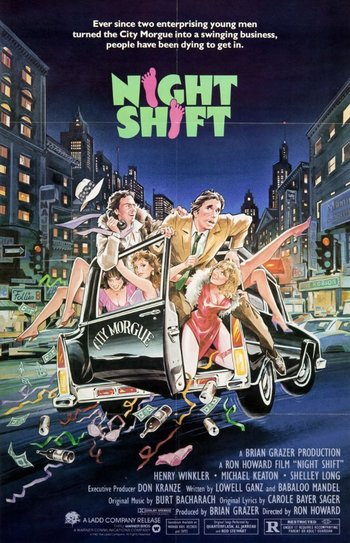 Having been reassigned to the unenviable night shift at the New York City morgue where he works, mild-mannered Chuck Lumley (Winkler) struggles to get along with his new assistant, the wacky and exuberant Bill Blazejowski (Keaton, in his Star-Making Role). Meanwhile, Chuck's neighbor Belinda Keaton (Long) is a Hooker with a Heart of Gold who is struggling to get along after her pimp was murdered. Chuck's Good Samaritan efforts to help Belinda and Bill's penchant for Zany Schemes eventually lead to them running a prostitution ring out of the city morgue. Hilarity Ensues.