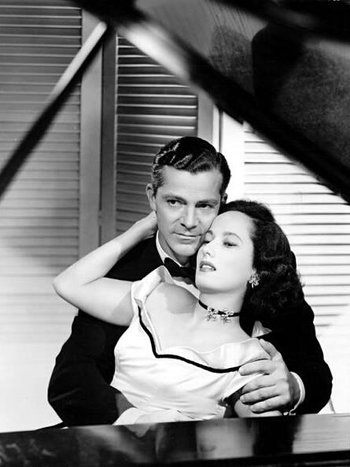 She sees enormous potential under the cynical veneer, so to get close to him she calls herself Mary and pretends to be blind with the help of Dan's colleague, Chick (Hoagy Carmicheal) and her aunt, Ms. Willey (Ethel Barrymore).

Not only does Cathy help Dan compose again, but she creates a contest that can give him enough money to reverse his blindness. But once he has his vision back, he forgets about "Mary" and becomes enamored with Cathy Mallory, the rich socialite.